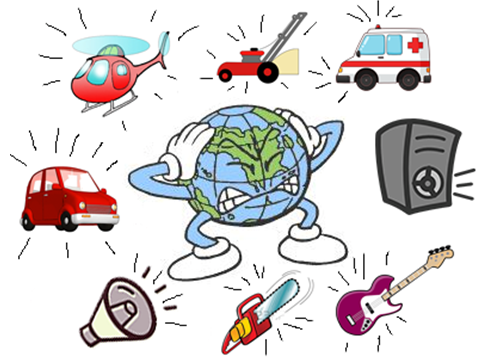 What Is Noise Pollution?

Noise pollution is generally defined as any type of excessively loud or disturbing noise that disrupts a person’s life.

The cumulative impact of noise is sufficient to impair the hearing of a large fraction of the population over the course of a lifetime. Noise exposure also has been known to induce tinnitus, hypertension, vasoconstriction, and other cardiovascular adverse effects

Beyond these effects, elevated noise levels can create stress, increase workplace accident rates, and stimulate aggression and other anti-social behaviors. The most significant causes are vehicle and aircraft noise, prolonged exposure to loud music, and industrial noise

How Does Noise Pollution Harm Your Heart?

According to research published in Environmental Health Perspectives, long-term exposure to traffic noise may account for approximately 3 percent of coronary heart disease deaths (or about 210,000 deaths) in Europe each year. But, how, exactly, does noise harm your heart?

One of the key ways is by elevating stress hormones such as cortisol, adrenaline, and noradrenaline, which, over time, can lead to high blood pressure, stroke and heart failure. One review of research showed that “arousal associated with nighttime noise exposure increased blood and saliva concentrations of these hormones even during sleep.”

The impact can be significant. Among women who judge themselves to be sensitive to noise, chronic noise exposure increased the risk of cardiovascular mortality by 80 percent! Chronic noise exposure also leads to health risks beyond your heart, such as hearing loss, diminished productivity, sleep disruption, impaired learning, and more.

Those who live near busy roadways, airports, and industrial areas are those most likely to be exposed to both noise pollution and air pollution. Interestingly, both fine particle matter air pollution and noise pollution are believed to increase your cardiovascular disease risk through similar biologic pathways, including by causing an imbalance in your autonomic nervous system (ANS. (

Your ANS is intricately involved in regulating biological functions such as blood pressure, blood sugar levels, clotting, and viscosity. In a German study of more than 4,200 people, researchers used a measure of arterial hardening known as “thoracic aortic calcification” (TAC) to estimate heart risks.

What this means is that people living in high-risk areas need to account for both types of pollution to protect their heart health. As researchers noted:

“…both exposures seem to be important and both must be considered on a population level, rather than focusing on just one hazard.”

Noise-induced hearing loss (NIHL), which can occur from one very loud noise exposure (such as an explosion) or continuous exposure to loud noise over time (such as working in a factory), affects about 15 percent of Americans. According to the National Institute on Deafness and Other Communication Disorders (NIDCD):

“Recreational activities that can put you at risk for NIHL include target shooting and hunting, snowmobile riding, listening to MP3 players at high volume through ear buds or headphones, playing in a band, and attending loud concerts. Harmful noises at home may come from sources including lawnmowers, leaf blowers, and woodworking tools.

It’s best to avoid loud noises when possible. But how loud is too loud?

However, long or repeated exposure to sounds at or above 85 dB can cause hearing loss. The louder the sound, the shorter the amount of time it takes for NIHL to happen. Here are the average decibel ratings of some familiar sounds:

The humming of a refrigerator: 45 decibels

Your distance from the source of the sound and the length of time you are exposed to the sound are also important factors in protecting your hearing. A good rule of thumb is to avoid noises that are too loud, too close, or last too long.”

The best way to prevent NIHL is to reduce the noise if possible, and if not wear earplugs or other protective devices to protect your hearing. If you can’t do either of these, move away from the noise.