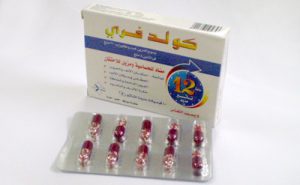 Loratadine is an antihistamine works by competitively antagonizes histamine at the H 1 receptor, which helps reduce symptoms such as watery eyes and sneezing. Pseudoephedrine is a decongestant that causes vasoconstriction and subsequent shrinkage of nasal mucous membranes by alpha adrenergic stimulation, promoting nasal drainage.

Loratadine: After oral administration, loratadine is rapidly and well absorbed and undergoes an extensive first pass metabolism; approximately 40% of the dose is excreted in the urine and 42% in the feces over a 10 day period and that mainly in the form of conjugated metabolites.

Pseudoephedrine: After oral administration of pseudoephedrine HCl 60 mg, as tablets or oral solution, nasal decongestion occurs within 30 min and persists for 46 hrs, Pseudoephedrine and its metabolite are excreted in urine; 55-75% of a dose is excreted unchanged.

Duration of therapy should not exceed 5 days

Adults and children 12 years and over: 5 mL (one 5mL teaspoonful) twice daily

Children 6-12 years of age: according to doctor prescription

Adults and children 12 years and over: 1 capsules twice daily

Children 12-6 years of age: according to doctor prescription

Patients with reduced renal function (Ccr less than 30 mL/min): should be started on 1 capsules every day

Patients with liver or other kidney disease: according to the doctor prescription

If the Patient misses a dose it should be taking as soon as possible. If it is almost time for the next dose, the missed dose should be skipped, 2 doses should not be taking at once.

Treatment: In the event of overdosage, general symptomatic and supportive treatment should be started immediately and maintained for as long as necessary.

Store in a dry place below 25°c protect from light.