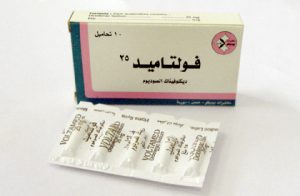 Enteric coated Tablets: Diclofenac is completely absorbed from the enteric coated tablets after their passage through the stomach; the mean peak plasma concentration is attained on average 2 hours after ingestion of one tablet of 50 mg.

Suppositories: Diclofenac shows a rapid onset of absorption from suppositories, after the administration of 50 mg suppositories, peak plasma concentrations are attained on average within 1 hour

Extended release capsules: After ingestion of the diclofenac slow release tablet, it is slowly released into the gastrointestinal contents, Peak plasma concentrations occur about 6-8 hours after administration of the XR capsules when taken with a meal.

Following oral or rectal administration, the active substance is metabolised during its first passage through the liver, Diclofenac bounds to serum proteins 99.7%, mainly to albumin. About 60% of the administered dose is excreted in urine as metabolites. Less than 1% is excreted as unchanged substance. The rest is eliminated as metabolites through the bile in the faeces.

It should not be used during the first two trimesters of pregnancy unless the expected benefits to the mother outweigh the risks to the foetus. The use of diclofenac during the third trimester of pregnancy is contraindicated because of the possibility of premature closure of the ductus arteriosus and / or uterine inertia.

Diclofenac passes into the breast milk, therefore, it is not recommended for use in nursing women.

As with other NSAIDs, the use of diclofenac may impair female fertility and is not recommended in women attempting to conceive.

Lithium and Digoxin: the concomitant use may raise their plasma concentrations, Monitoring of their concentrations level is recommended.

Diuretics and antihypertensive agents: The concomitant use with diclofenac may cause a decrease in their antihypertensive effect. Therefore, the combination should be administered with caution and patients; especially the elderly should have their blood pressure periodically monitored.

Other NSAIDs and corticosteroids: the concomitant administration with diclofenac may increase the frequency of gastrointestinal undesirable effects therefore it should be avoided.

Anticoagulants and anti-platelet agents: Caution is recommended since concomitant administration could increase the risk of bleeding.

Antidiabetics: monitoring of the blood glucose level is recommended as a precautionary measure during concomitant therapy with NSAIDs.

Methotrexate: Caution is recommended when NSAIDs, including diclofenac, are administered less than 24 hours before or after treatment with methotrexate, since blood concentrations of methotrexate may rise and the toxicity be increased.

Cyclosporin: Diclofenac, like other NSAIDs, may increase the nephrotoxicity of cyclosporine due to the effect on renal prostaglandins. Therefore, diclofenac should be given at lower doses.

Drugs known to cause hyperkalemia: Concomitant treatment with potassium-sparing diuretics, ciclosporin, tacrolimus or trimethoprim may be associated with increased serum potassium levels; therefore it should be monitored frequently.

Quinolone antibacterials: There have been isolated reports of convulsions which may have been due to the concomitant use with diclofenac.

Phenytoin: with the concomitant adminstration, monitoring of phenytoin plasma concentrations is recommended due to an expected increase in exposure to phenytoin.

Colestipol and cholestyramine: it is recommended to administer diclofenac at least one hour before or 4 to 6 hours after administration of these drugs because they can induce a delay or decrease in absorption of diclofenac.

Mifepristone: NSAIDs should not be used for 8-12 days after mifepristone administration as it can reduce the effect of mifepristone.

Tacrolimus: Possible increased risk of nephrotoxicity with the concomitant use of NSAIDs.

Zidovudine: Increased risk of haematological toxicity with the concomitant use of NSAIDs.

Elderly: the standard adult dose may be used. If necessary a lower strength formulation is to be prescribed.

Children: The Tablets are not recommended for use in children.

Overdosage can cause symptoms such as vomiting, gastrointestinal haemorrhage, diarrhoea, dizziness, tinnitus or convulsions. Supportive and symptomatic treatment should be given for complications such as hypotension, renal failure, convulsions, gastrointestinal disorder, and respiratory depression.

Suppositories: Keep in a cool and dry place under 30°C.