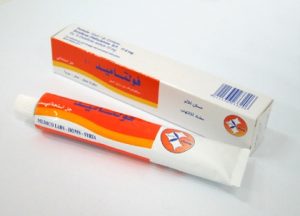 Diclofenac Emulgel is a non-steroidal anti-inflammatory (NSAID) and analgesic preparation designed for external application. Due to an aqueous-alcoholic base the gel exerts a soothing and cooling effect.

Adults: diclofenac Emulgel should be rubbed gently into the skin. Depending on the size of the affected site to be treated 2-4 g (a circular shaped mass approximately 2.0-2.5cm in diameter) should be applied 3 – 4 times a daily. After application, the hands should be washed unless they are the site being treated.

Use in the elderly: The usual adult dosage may be used.

There are insufficient data on efficacy and safety for the children and adolescents below 14 years of age.

In children aged 14 years and over, if this drug is required for more than 7 days for pain relief or if the symptoms get worse the patient or parent of the patient is advised to consult a doctor.

Diclofenac Emulgel is suitable for the transmission of ultrasound and may be used in combination with ultrasound therapy. If large areas of the body are covered with gel, systemic absorption will be greater and the risk of side-effects increased, especially if the therapy is used frequently.

During the third trimester of pregnancy diclofenac is contraindicated.

Like other NSAIDs, diclofenac passes into breast milk in small amounts. Because of a lack of controlled studies in lactating women, the drug should only be used during lactation under advice from a healthcare professional. Diclofenac Emulgel should not be applied on the breasts of nursing mothers or elsewhere on large areas of skin or for a prolonged period of time.